Map of the SaaS businesses in Malaysia

Following on our map of SaaS in the Philippines, our second overview of a SaaS landscape in an Asia country is about Malaysia 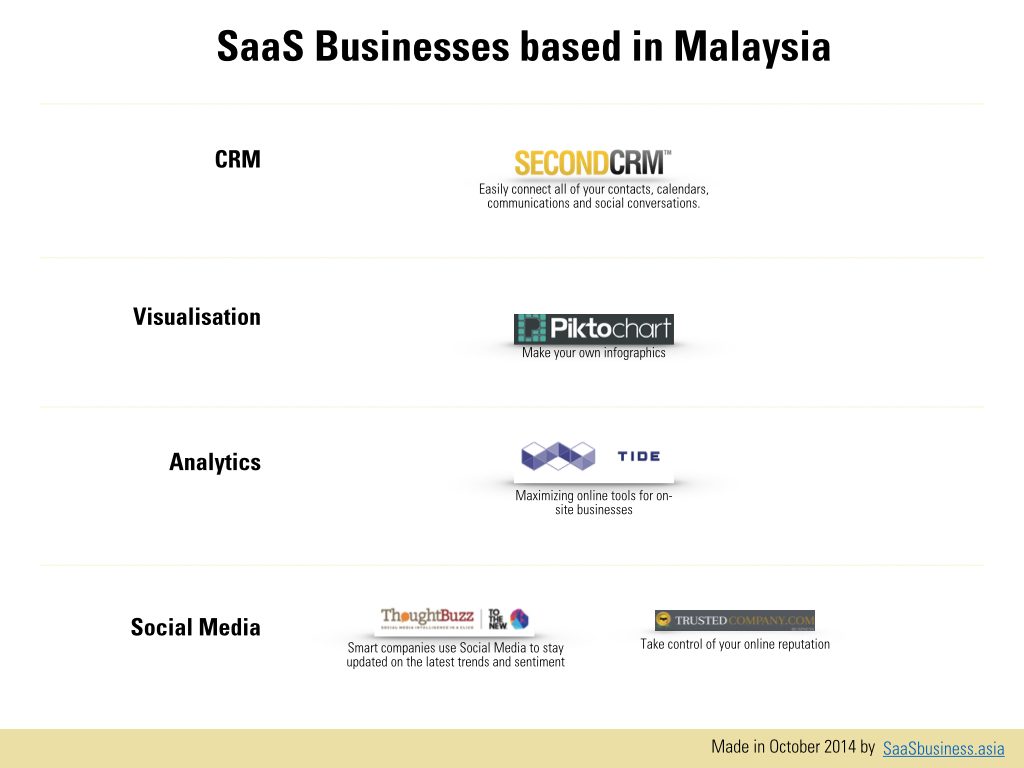 Piktochart, a super easy to use infographic builder, co-founded by Ai Ching Goh and Andrea Zaggia. From its pitch at the first Startup Asia conference in February 2012, the company has grown to a team of around 30 based in Penang, Malaysia. Lucky them to built a successful business in such a lovely city!

Recently launched, Tide Analytics aims at becoming a “Google Analytics for the offline world” by analysing real people presence and their behaviour. The team, led by founder Ivan Loh is making a beautiful product which is getting traction from shopping malls.

ThoughtBuzz founded in 2009 by Anshul Jain and Ashok Patro, got acquired in 2013 by To The New.

SecondCRM was started in 2011 by Mohandeep Singh (Deep) and Sarab with the goal of providing online CRM to 1 million businesses in Asia by 2020.